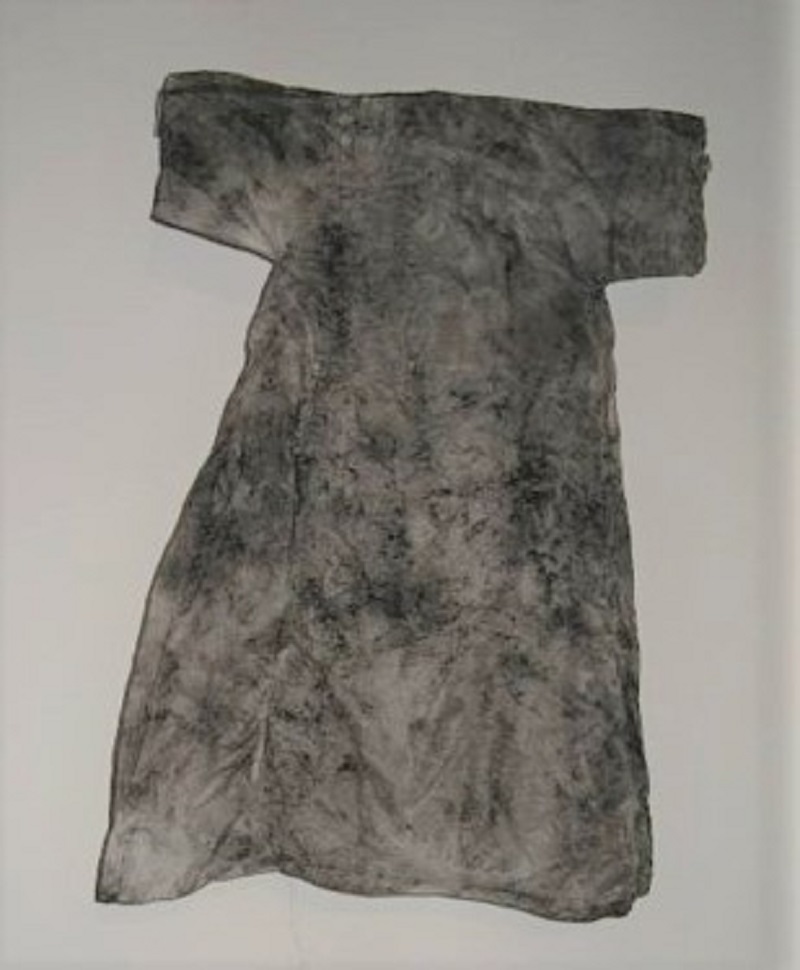 The Power of Art #37 The Grey Chemise

Silvia Hatzl utilises a wide variety of natural materials including linen, silk, cotton, paper and even animal intestines,  creating dramatic fibre sculptures. The forms range from childlike in their scale to far larger than life. Like a second skin, her carnal pieces silently convey the fragility and torment inherent in the human condition. The Grey Chemise, reminds of an abandoned garment  belonging to a child, imbued with sadness and an imperfect beauty.

Recalling a baby skeleton in a Romano-British medicine display I was nvolved with. The tiny bones were found and excavated beneath the floorboards of a Roman house. New-borns were not considered human until they could walk and talk in Roman society. Around twenty five percent of infants died before reaching the age of twelve months, due to disease, epidemics and high mortality in the Roman world.