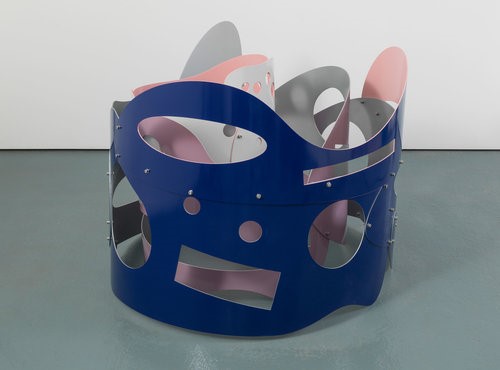 The Power of Art #7 Jeff Lowe

For more than four decades Lowe has been making sculptures. He was taught by the late Sir Anthony Caro, at St. Martins School of Art, and has re-invented his oeuvre time and time again, from his early heavy and slow-moving pieces to his geometrical cage-like monuments. His latest colourful and playful sculptures present a new vernacular.

Lowe creates individual spray-painted sculptural elements, which while in the process of drying he noticed were reminiscent of clothes on washing lines. Welding these individual structures together made them appear like bulky casts, a result he disliked. He then decided to  utilise nuts and bolts, allowing him to craft the delicate forms he envisaged.  Each section is computer drawn and laser-cut, with some patterns being specific while others are random.